The weird odor in the air, that managed to smell like blood, rot, sulfur, and burned meat all at the same time, got more intense.  My guts twisted and I tried not to inhale, but it seemed to reach into my nose anyway, forcing itself past my nasal passages and into my sinuses.  A piercing, stabbing pain started to build behind my left eye.

I heard Kolya grunt, and Eryn was panting, breathing shallowly.  I spared a worried glance at her, to see that she still had her shotgun up, though she looked pale and sick.  Granted, some of that might have been the green light of the candles on her already fair complexion, but whatever was happening in that room was not conducive to human life.

As soon as they landed on the corpse pile, both figures went limp, though blood continued to pump from their savaged throats, coating the floor and the already bloody meat that had once been human beings.  For a moment, all was still.  Father Ignacio was continuing the Rite of Exorcism, but the three still-living cultists, or whatever they were, were still facing the pile of human remains, still croaking that blasphemous sound, though they still flinched with each syllable of the Rite.

Then the pile started moving.

Older and Fouler Things, the fourth book in the Jed Horn series, is now live on Amazon! 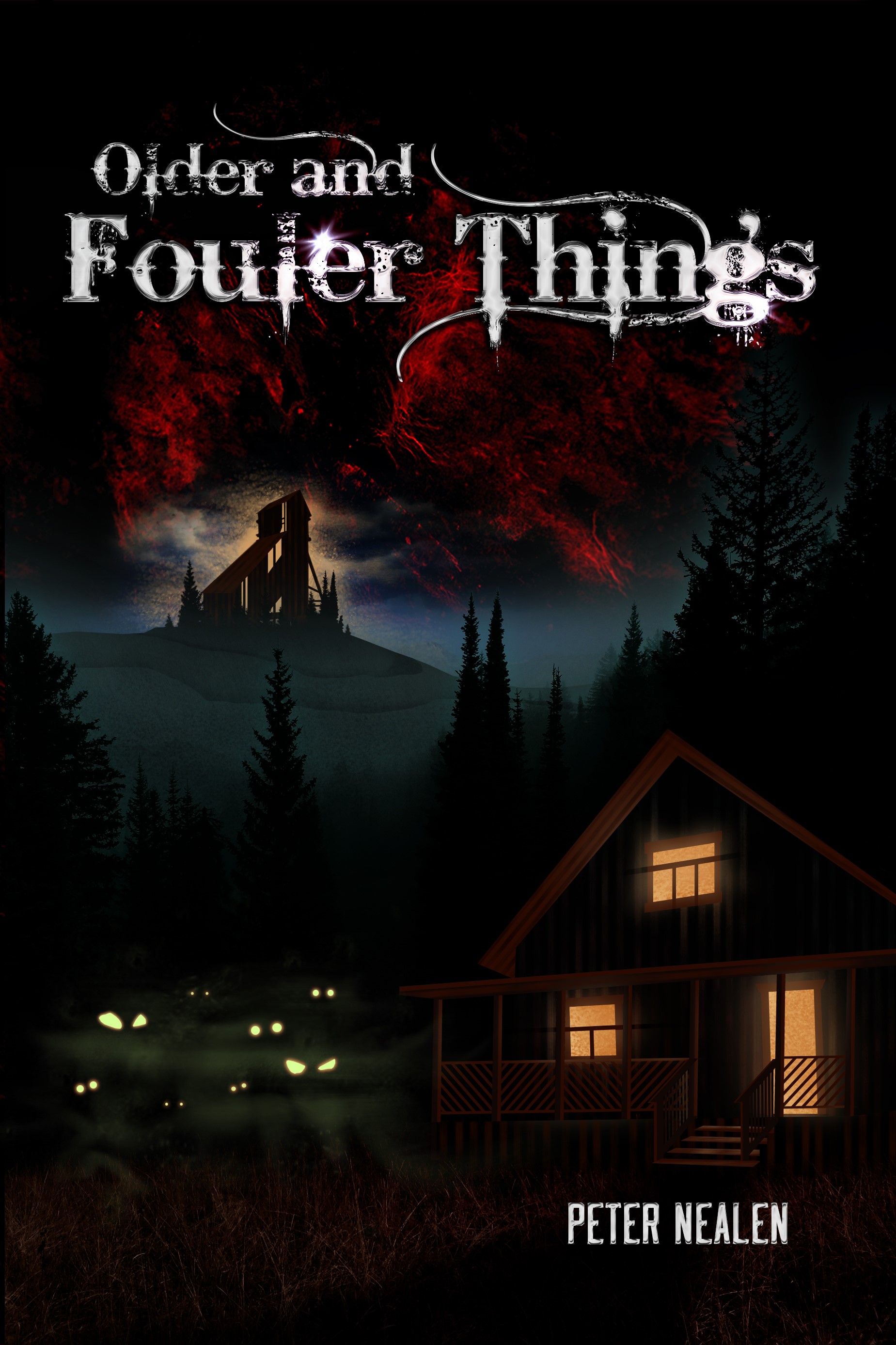 Jed Horn has always known that there’s something odd about Ray’s place, which has always been a halfway house for Witch Hunters up in the hills of the Northwest. Between the Fae girl in the woods and Ray’s gigantic and uncanny dog, Magnus, there’s enough weirdness to raise eyebrows. But Ray’s never talked about it, and most Hunters don’t ask.

But when a demon follows them home after an exorcism in Spokane, Jed and his companions will have to find out what lies beneath the strangeness of Ray’s place. Because they suddenly find themselves attacked by demons inside, and a vampire outside, all aiming to take the Hunters out of the picture and awaken something ancient and terrible, something that would make the Walker on the Hills look nice.

Jed has fought monsters and banished demons before. But now, the demons are coming at them from within, even as the monsters assault them from without. It will take grit, determination, and faith if any of them are ever going see the light again…