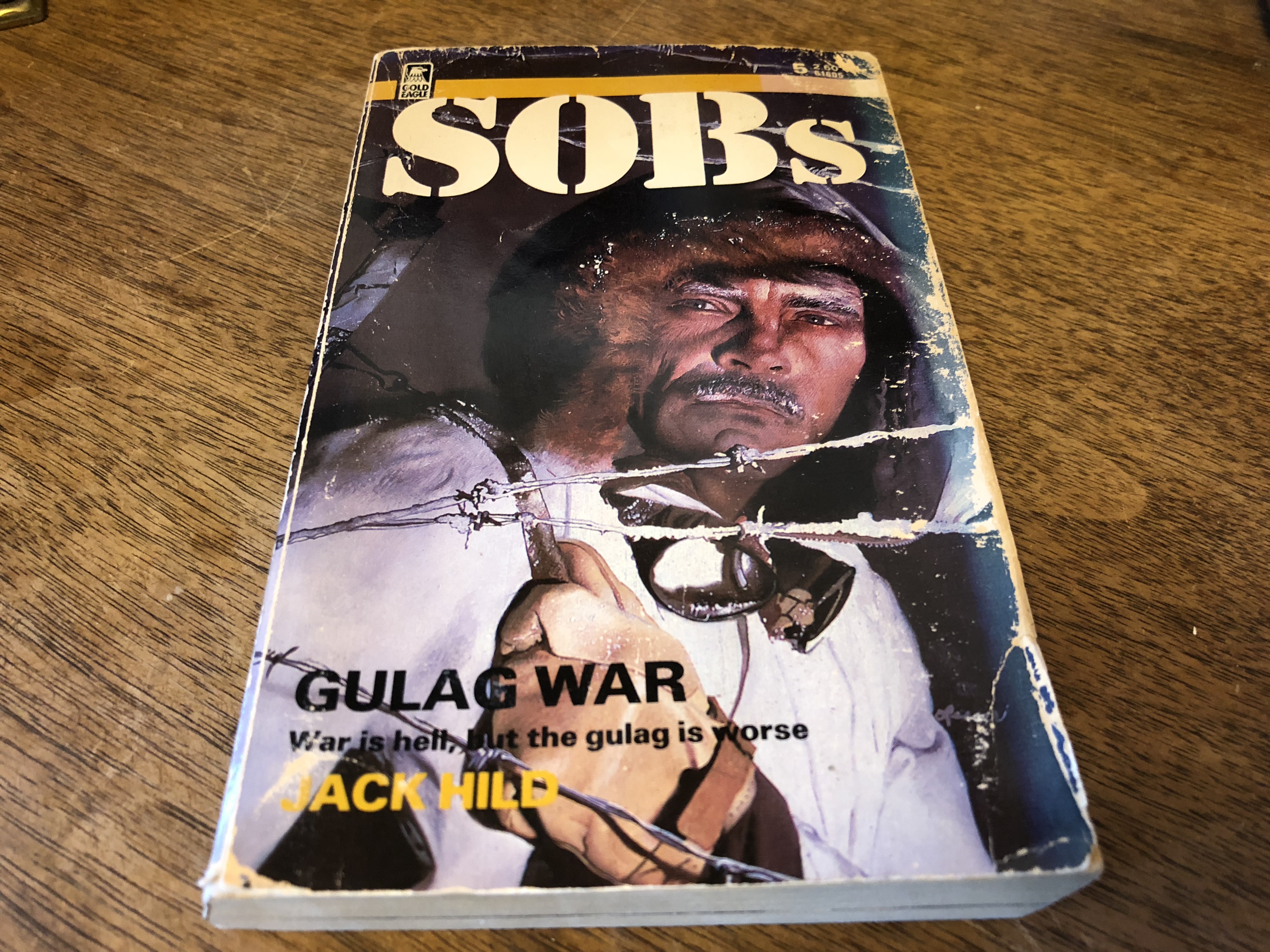 It’s been a while for one of these, but I’ve slowed down a bit, since I have yet to get my hands on #7, River of Flesh, and #8, Eye of the Fire.  I’ve admittedly been a bit reluctant to continue with #7, given that Robin Hardy wrote it, and my last outing with Hardy, Show No Mercy was…less than thrilling.  But Michael Mercy, over on the SOBs Fan group on Facebook, assures me that the problems with Show No Mercy were corrected with River of Flesh, so I’ll be getting back in the swing of things soon(ish).

Gulag War starts with the usual introduction of the situation that we get in most of these books; namely, someone being horrifically tortured (granted, the last time was The Plains of Fire, where a dissident Iranian nuclear scientist is being tortured to death as an example by an IRGC commander).  This time, we are introduced to Anatoly Leonov, a dissident Russian scientist.  He’s now a political prisoner in the gulag, kept in a “special” camp.  And he’s been targeted by the “regular” prisoners for a slow and gruesome death.

This series, as was fitting for an action series in the ’80s, certainly doesn’t scrimp on the gruesome violence, though this one doesn’t take things quite as far as the way the Iranian scientist gets “secured” to the chair at the beginning of The Plains of Fire.

We then get reintroduced to the SOBs, as they are preparing to embark on one of the more convoluted schemes I’ve seen in one of these books yet.  Officially, they’re being allowed into the Soviet Union to deliver stolen US computer technology that will upgrade a Soviet tank factory’s central control.  They are to be sponsored and escorted by the GRU, while the KGB watches and waits, ready for the slightest misstep to be used against their military rivals.

In truth, The Senator (never named, at least not so far in the series) has contracted the SOBs through Jessup to get Leonov out.  The computer tech is a blind.  And it’s one that Beck is intent on using to hurt the Russians even more.

This one is a bit of a slow burn.  There’s a lot more tension built up before the shooting begins in earnest, as the SOBs get into Russia and try to get in position for the raid while the GRU is watching them like hawks.  Once they make their move, though, it’s fast and furious, and there are rivers of blood (including a particularly wince-worthy maiming that will have repercussions later on).

The story ends on a cliffhanger, making this one a two-parter with Red Hammer Down, the next book in the series.  And it ends with one of the SOBs in enemy hands, while the SOBs mourn a man they are sure is dead.

One thought on “Soldiers of Barrabas – Gulag War”