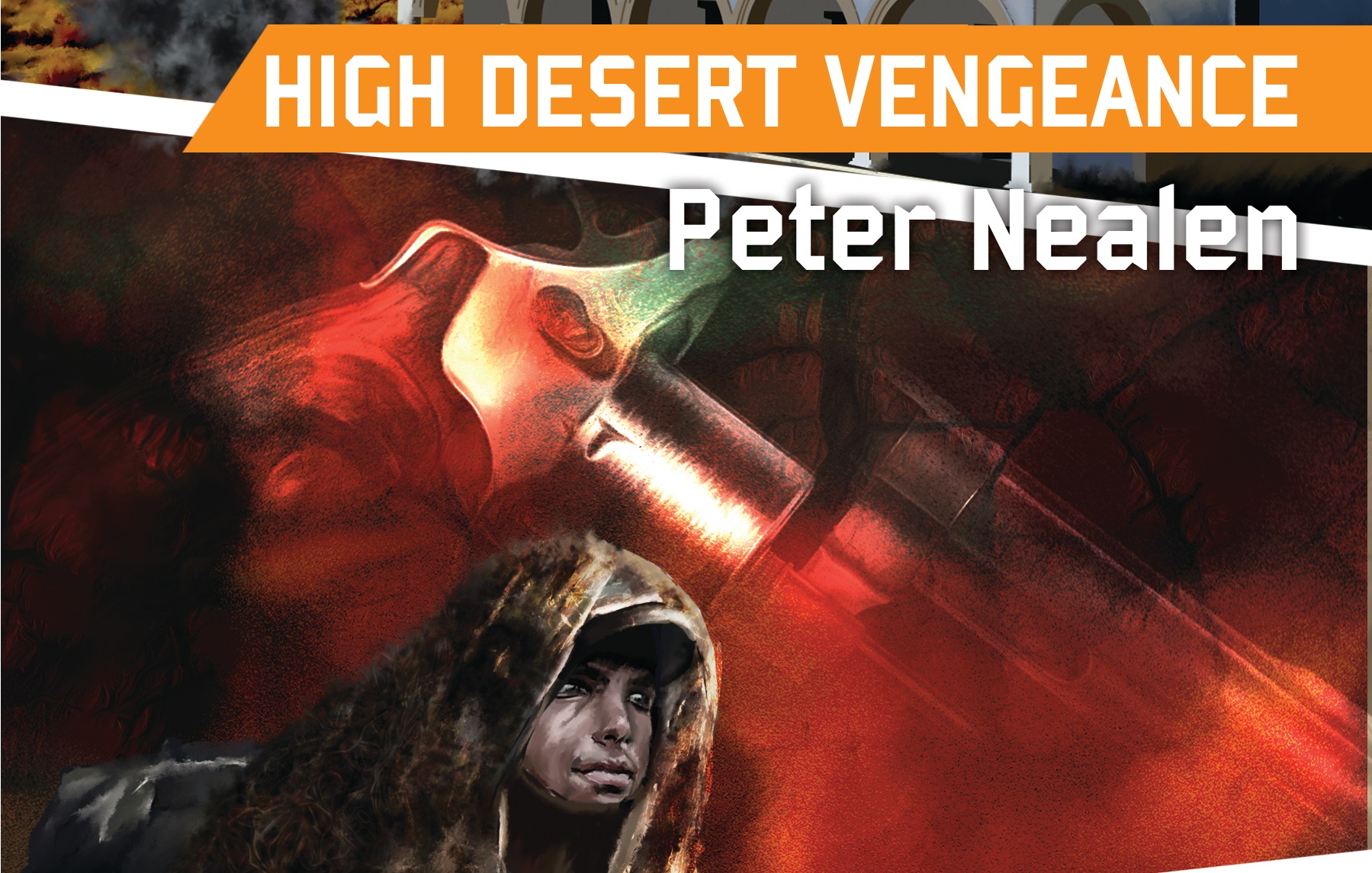 The Blackhearts are operating on the home front this time, so they start out with a pretty eclectic mix.  Gomez is carrying a CZ P-01 9mm: 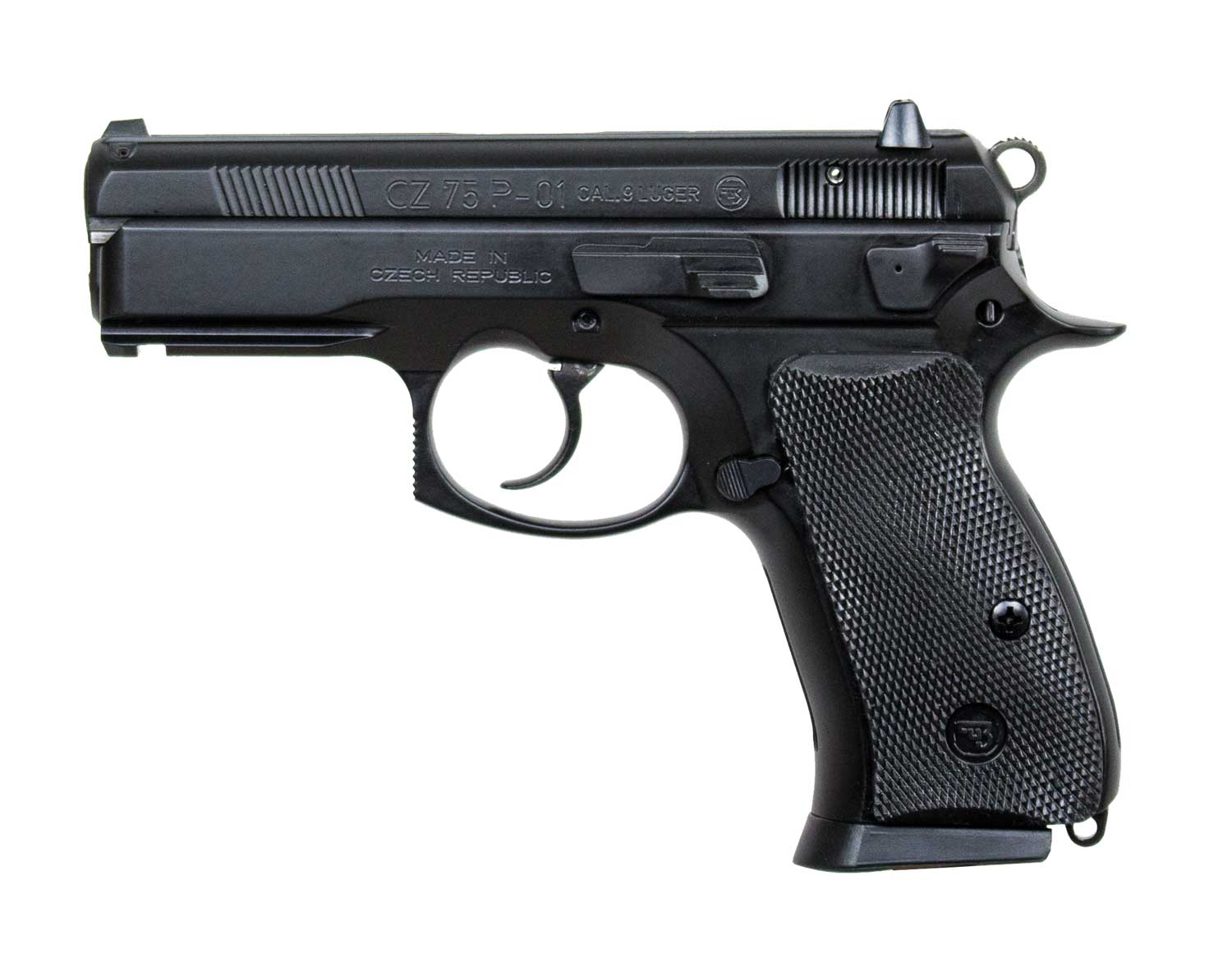 He’s also got an AR pistol in his car: 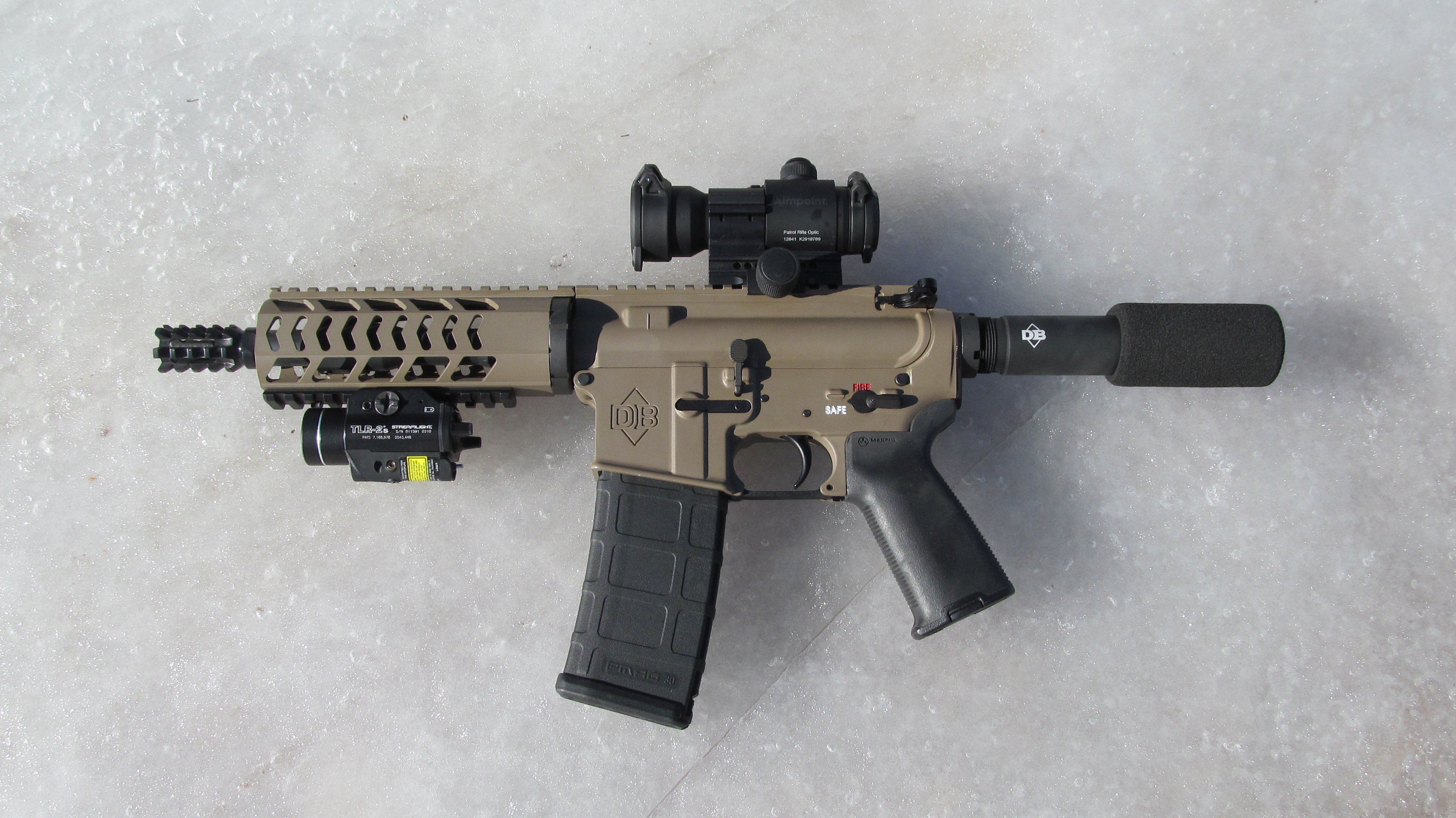 Flanagan has a 12-gauge Shockwave (for close encounters):

(Note that this is not a shotgun.  According to the ATF, it is a firearm.) 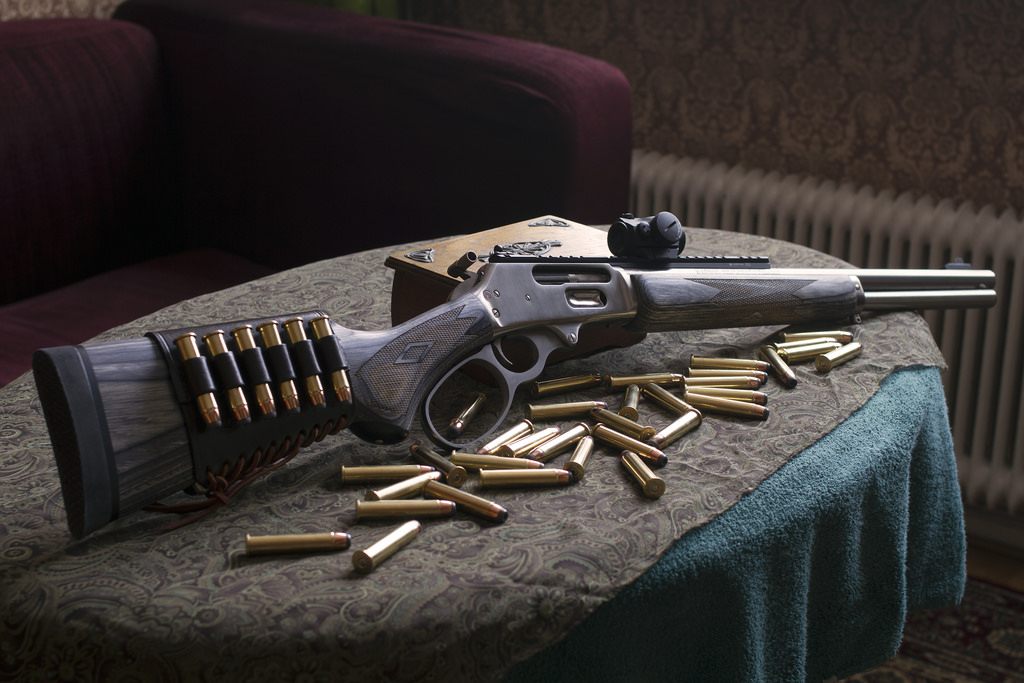 Once things get hot, though, the Blackhearts gear up, and are running 7.62 LaRue Tactical OBRs with suppressors and shortdot scopes.

The opposition isn’t exactly standardized.  The cartel is running everything from M16s and AK-47s: 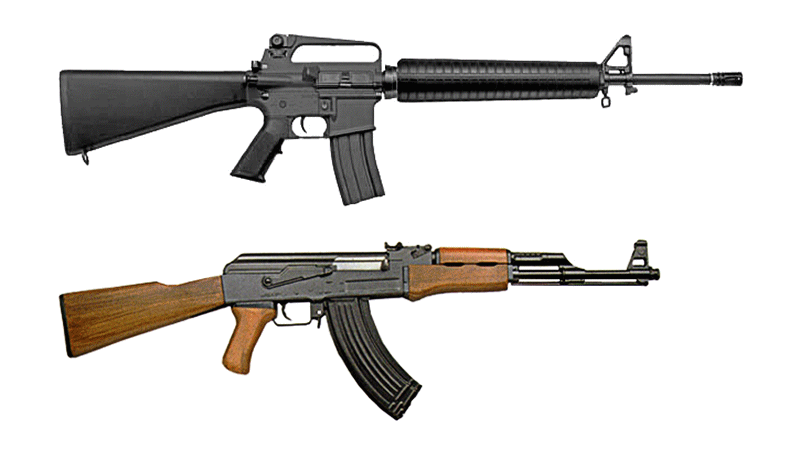 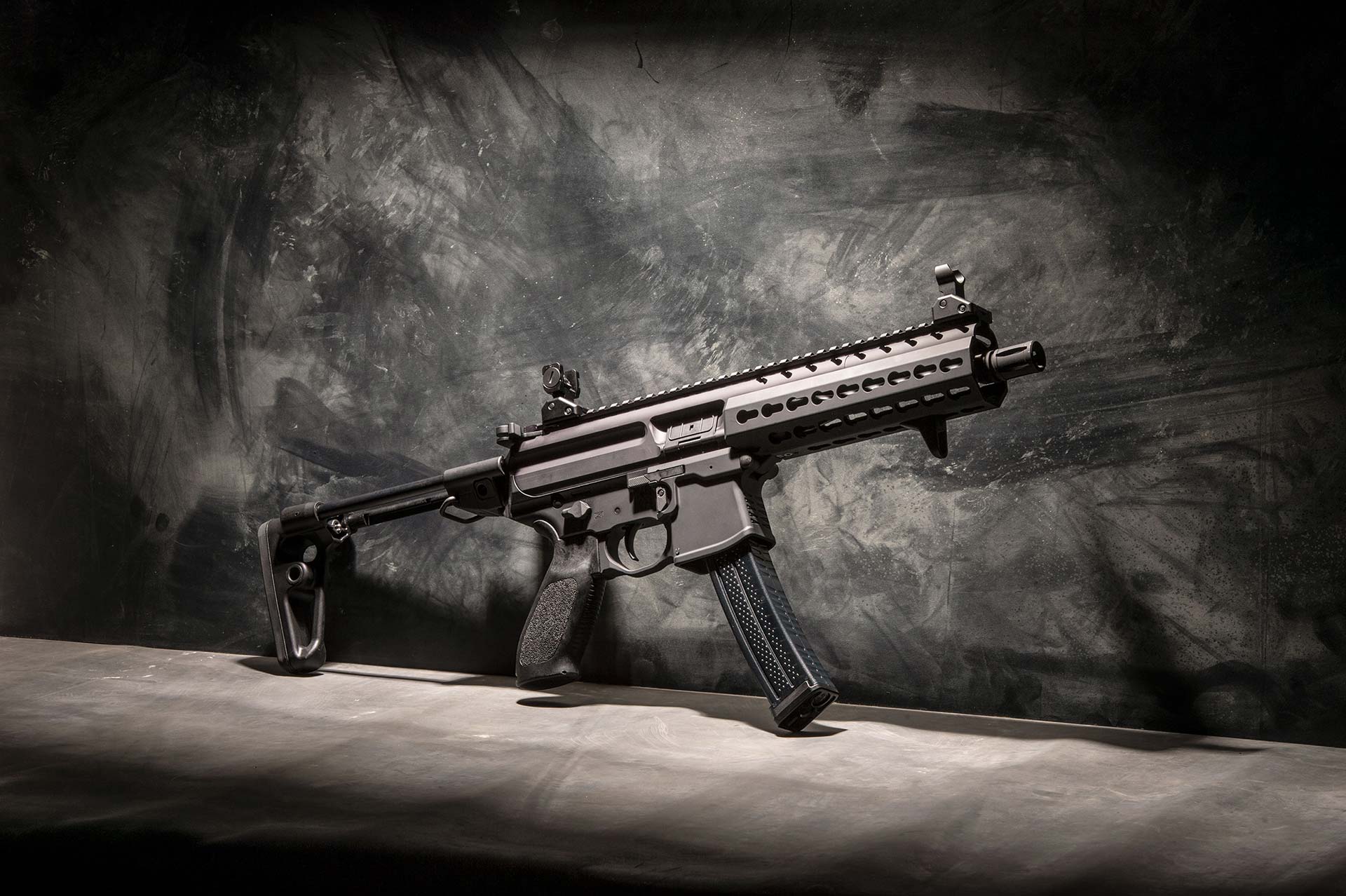 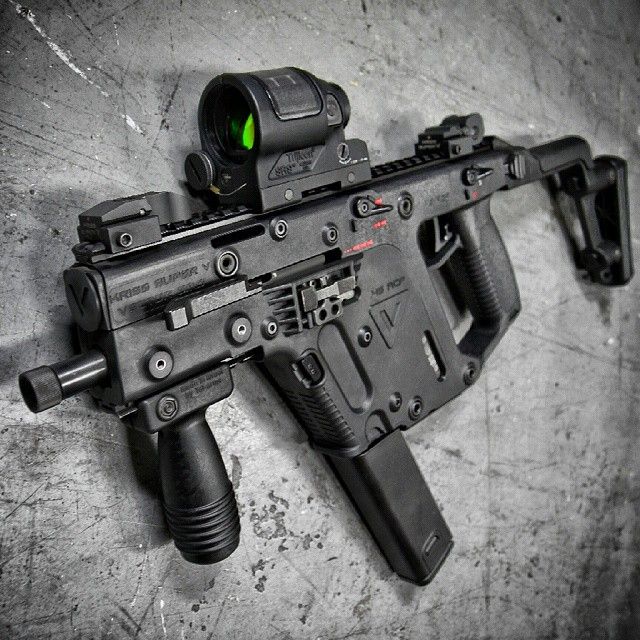 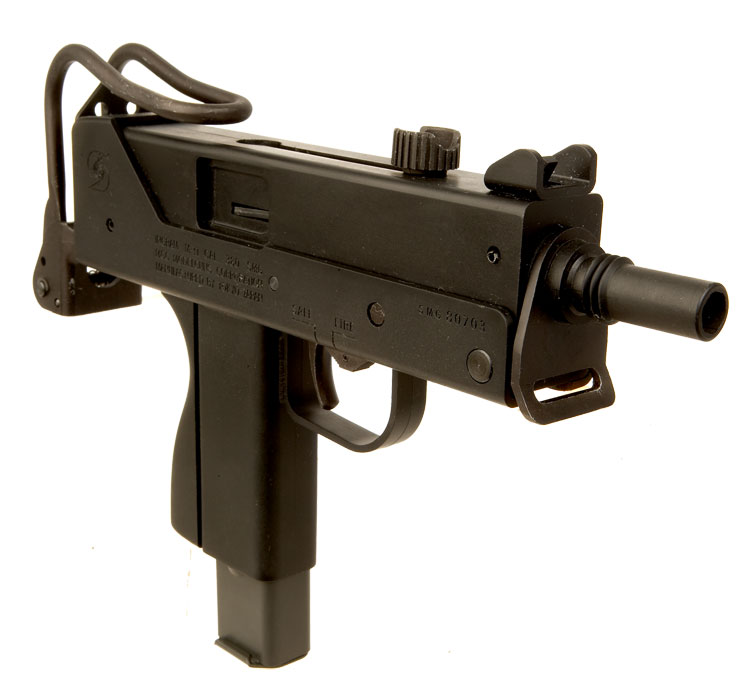 The cartel’s resident chief psychopath, El Destripador himself, can’t be bothered with the weapons of mere mortals, however.  He carries a highly customized and elaborately engraved and inlaid Korth .357 revolver. 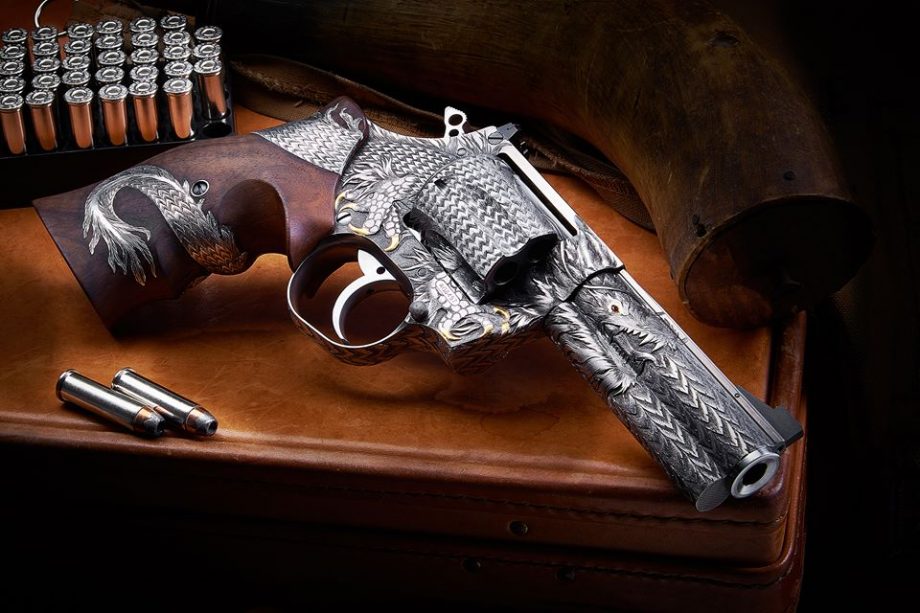 Hope that gets your blood pumping for some serious bullet-riddled action coming up.  Brannigan’s Blackhearts #5 – High Desert Vengeance comes out on August 30.