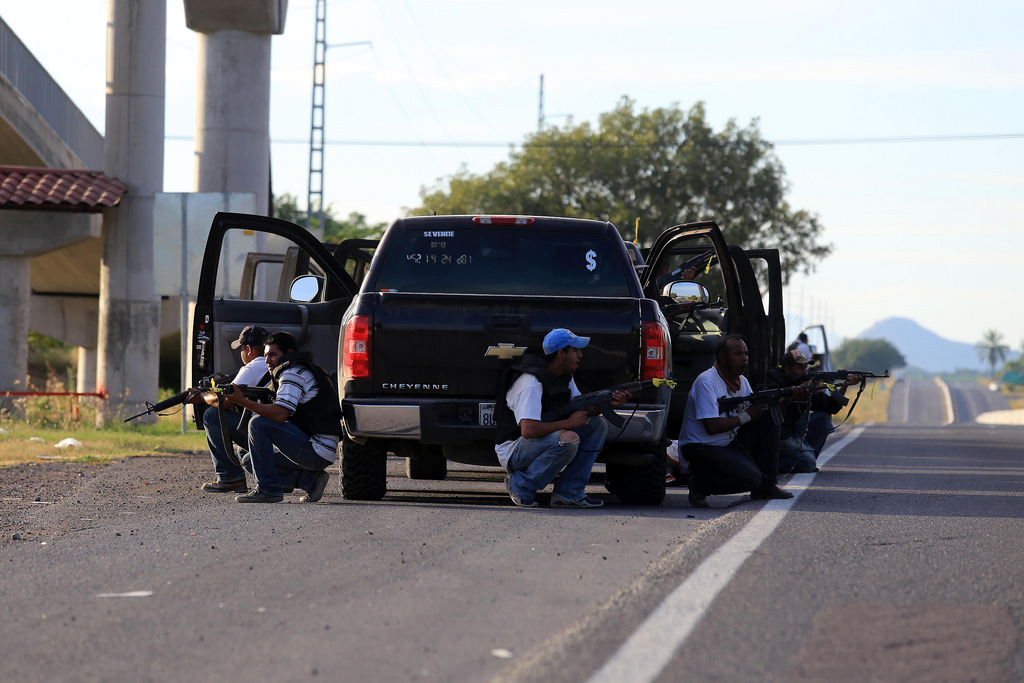 Mexico isn’t really the focus of Brannigan’s Blackhearts #3 – Enemy Unidentified (certainly not like it was in The Devil You Don’t Know), but the violence, corruption, and crime that is endemic there form part of the backdrop.  In addition to a scene I recently wrote, where Santelli and Tanaka are gearing up for the team’s mission in Texas, this recently caught my eye.

Borderland Beat has long been a good source to find news about the ongoing narco-insurgency in Mexico and much of the government corruption and malfeasance that continues to fuel it while ignoring the plight of those Mexicans caught in the crossfire.  Well, recently they published an opinion piece that repeats a number of talking points that have been used in reference to the drug war, namely that it’s all ultimately the US’ fault.

There’s no denying that a lot of the Mexican drug market is here in El Norte.  But it’s by no means all of it.  Brazil has become the second-largest consumer of illegal narcotics in the Western Hemisphere, and Guinea-Bissau in West Africa has been almost entirely taken over by Latin American drug cartels, that are using it as a transshipment point for the drug market in Europe.  Narcotics are a global trade, not just in the US.  If the US’ market share is higher, blame the fact that the US is close, and very rich.

The blaming of the US firearms market for the violence is also disingenuous (and noticeably ignores the fact that straw purchases are already illegal, and that the biggest known gunrunning operation was the spectacularly ill-conceived “Operation Fast and Furious.”).  As often seems to be the case in such pieces, the idea seems to be that if Americans would just ban guns, then Mexico would be peaceful.  Which is patent nonsense.

A commenter took issue with the piece, and to their credit, Borderland Beat published their comment as its own post.  “Lurker” makes some good points, not least of which is the treatment of those who attempt to fight back against the cartels by the Mexican government.  The autodefensas have been condemned as vigilantes at best, and CJNG at worse.  Because how dare these indio peasants try to defend their villages against the narcos?

There are two major factors that both posts don’t touch on, and they go far deeper than guns, drugs, or money.  The first is that drugs have been the one real way to “make it rich” in Mexico, especially given the fact that the PRI, which ruled Mexico with an iron fist for the better part of 80 years before Calderon’s election, ruled the country through corruption.  Kickbacks were how things were done.  Part of why areas of the country view the narcos as Los Valientes, as Robin Hood types, is because they openly defy the blatantly corrupt government in Mexico City.  The same government that has shown no reticence when it comes to brutalizing protestors who have nothing to do with the narcos.

The other factor is tribalism.  It’s not talked about much, since to many in the West, tribalism is something that exists in the Middle East, Africa, and Central Asia.  But when the Sinaloas still take pride in the legend that the conquistadores came to Sinaloa and never made it out alive (it is said they were eaten by the inhabitants), a certain level of tribalism can’t be ignored.  Scratch deep enough beneath the surface, and you might find that a lot of the narcos hail from poorer parts of the country (the Sinaloas, especially), and have more indio blood in their veins than Spanish.

Drugs are a means to an end.  Nothing more, nothing less.  Some of the cartels have diversified well beyond narcotics (which further puts the lie to the idea that just legalizing drugs will instantly and magically end the war), getting into natural resources as well as human trafficking, extortion, and piracy.  And there’s a lot more going on down there than just fighting over market share in the US.

And, when all is said and done, things might not be as bad if the Mexican government wasn’t spending time and resources cracking down on local militias who are trying to defend their villages.