So, there is indeed going to be an audiobook of Task Force Desperate.  I’ve reached an agreement with Wyntner Woody, and he is presently in the process of producing the book.  He nailed the tone in the audition, and the first fifteen minutes that he sent me was just as good, if not better.  I think you’re going to like this.  Hopefully we can make an arrangement to keep him working on the rest of the series.

We’ve even already got the cover art for the audiobook set up: 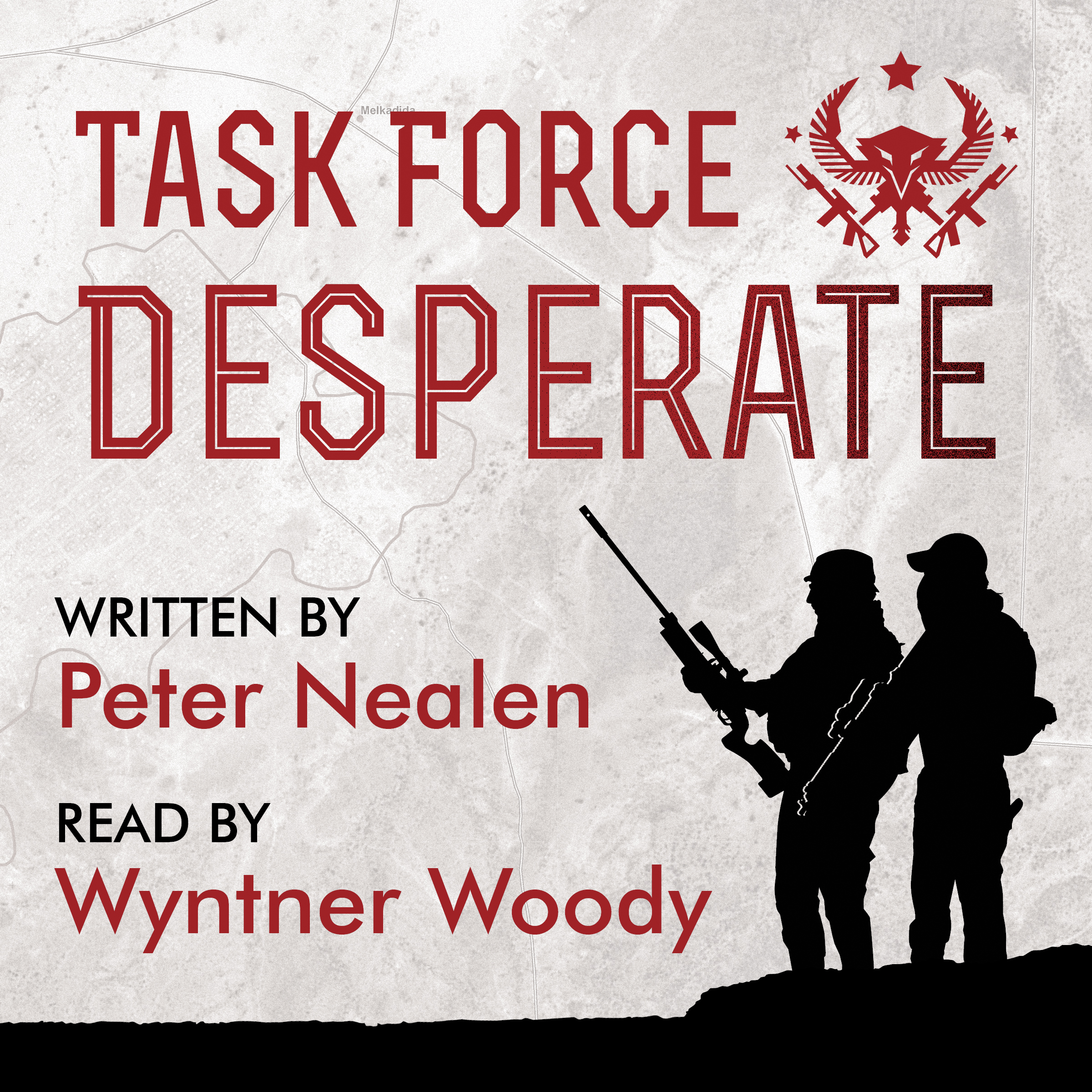 I’ve taken stock of a bunch of projects that are presently lined up.  I’ve got a lot of work to do.  I’ve got at least three (most likely more) more Praetorian novels in mind.  There’s a stand-alone pirate hunting story, partially inspired by Far Cry 3, just without the douchey affluent jackass trying to be meta about violence and gaming part.  Three more Jed Horn stories are lined up.  And I’ve had a sort of sword-and-sorcery story that’s been kicking around for about three or four years, that has now expanded into its own setting, with at least three stories set out in broad strokes there.  Finally, I’ve got a hard-SF story about technical failure and long odds 11 light years from home (without faster-than-light travel) that I mean to get to eventually.