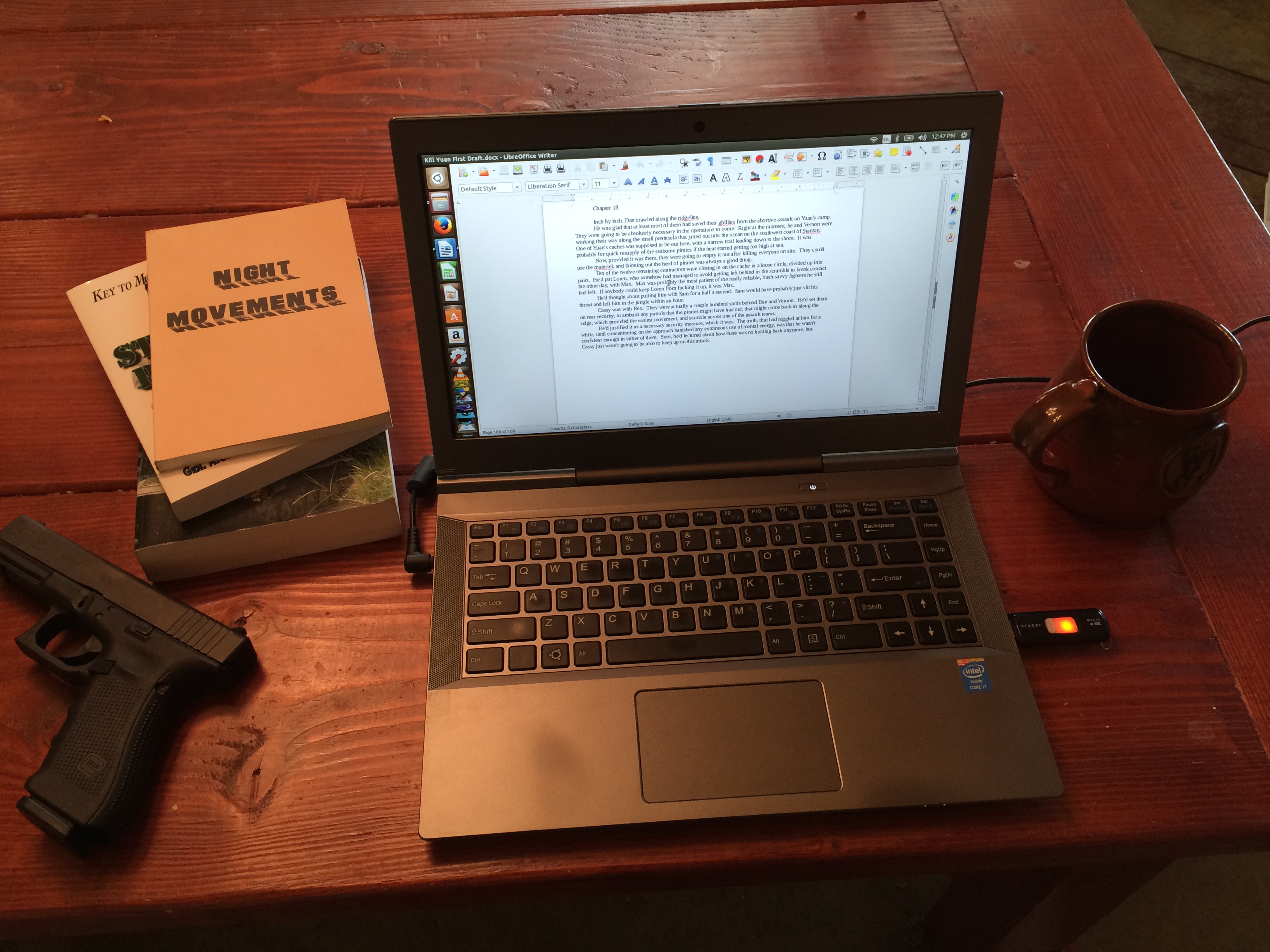 So, a week and a half after Fury in the Gulf‘s release, I see I still have some learning to do when it comes to making Amazon’s algorithm sit up and do tricks.  Working on it.  There might be a new push just before launching the pre-order for Brannigan’s Blackhearts #2 – Burmese Crossfire next month.

As for Burmese Crossfire, it still has one editing pass to go, plus I have to get the preview for Enemy Unidentified done to put in the back.

As I’ve been thinking about Enemy Unidentified and the later books in the series, there might be some adjustment in the planned schedule.  There seems to be more of an arc forming in my head, contrary to the original idea for the series.  (I’ve already established some continuity with characters–no, not everybody’s going to survive–so this won’t be quite “’60s TV show episodic.”)

With the series sitting where it is, I’m adjusting to an every-sixty-days schedule for releases.  This will allow me to work on a couple of other projects, one of which has already been started.  Not going to say too much about ’em yet, since they won’t be launching for a little while (February at the earliest), but I will say that I’m going to be genre-jumping.  One’s military space opera, and the other will be heroic fantasy.  More to come later.

Now back to the word mines.  Thanksgiving weekend wasn’t especially productive, not that I’m complaining.