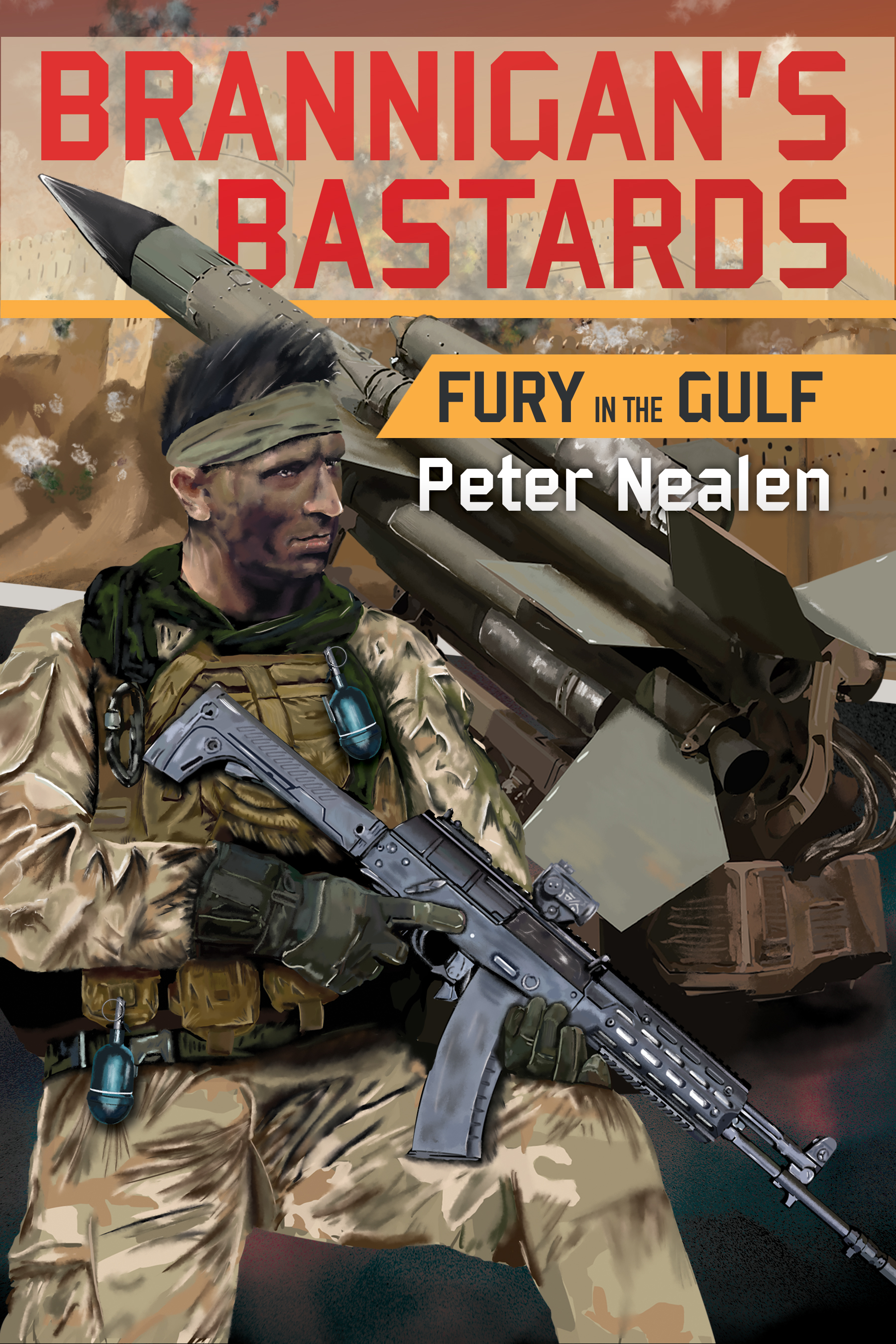 We have a cover, and a release date.  Brannigan’s Bastards #1 – Fury in the Gulf, will be out November 15.

The tiny island kingdom of Khadarkh, strategically placed in the Persian Gulf, has swung back and forth between the Saudi and Iranian orbits for years. But when a mysterious force seizes control of the island, executes the tiny Khadarkhi Army, and takes any Americans they can find hostage, it appears that Khadarkh will be an Iranian puppet for the foreseeable future.
The politicians are afraid of risking the hostages. And as the Western powers dither, some people start to look for another solution. They find that solution in John Brannigan.
Brannigan already has a rep for pulling off the impossible, through a combination of audacity, ruthlessness, and ferocious loyalty to his men. His military service is over, but now he will pick up a rifle again, putting together a squad of mercenaries to land on Khadarkh and rescue the hostages, in a hail of bullets and swift, sharp violence.
Brannigan’s Bastards are about to strike.

Kevin Granzow, the guy who did the new Kill Yuan cover, is doing the Brannigan’s Bastards covers.  As this series owes a bit to the old-school action adventure paperbacks of Gold Eagle and Pinnacle in the ’70s and ’80s, we’re going with a slightly similar style.