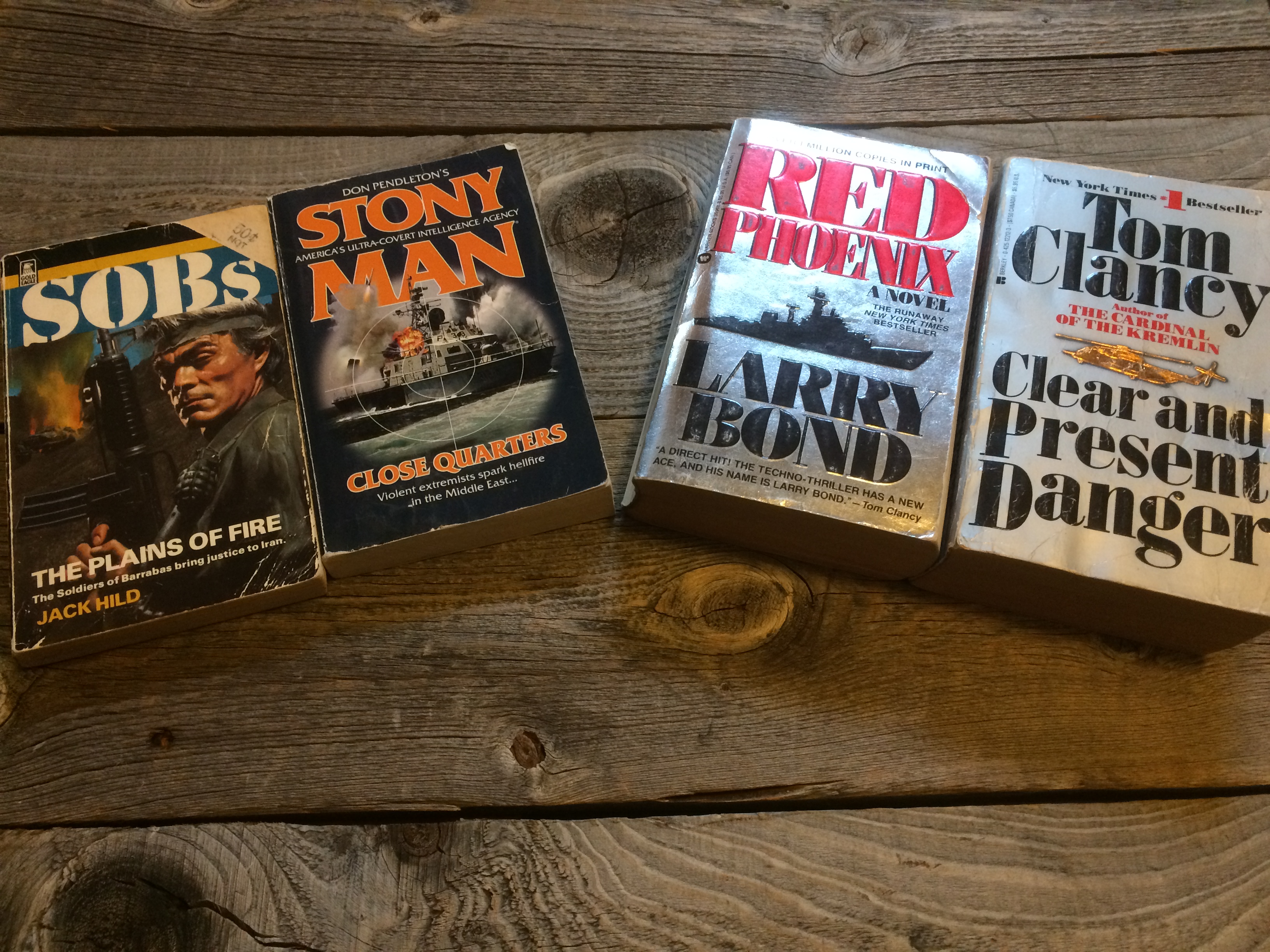 In general, I think, the “Action Adventure” genre, as exemplified (and coined) by Don Pendleton’s Executioner series, which spawned multiple spinoffs and inspired others (there is actually a flashback in SOBs #3, Butchers of Eden, in which Col. Barrabas remembers a night fighting back to back in Vietnam with Sgt. Mack Bolan), has generally been looked down upon as cheap, poorly-done “pulp,” with even less merit than comic books.  “Techno-thrillers,” ostensibly started by Tom Clancy with The Hunt for Red October, are considered better quality and more realistic, though still sneered at by the literati (I had a high-school English teacher speak dismissively of Clancy as “pop-lit.”).

While the quality of the Gold Eagle (and Pinnacle before them) books was often wildly variable, I would argue that Action Adventure and the “Techno-Thriller” are the exact same genre.  Techno-Thrillers do tend to focus more on the “system,” i.e., the protagonists are usually active duty military and/or members of the intelligence community (and politicians, as well).  The stories usually classed as “Action Adventure” tend to star more of a rogues gallery of spies, mercenaries, soldiers, and vigilantes.  As I’ve found in my own work, using mercs tends to open up story possibilities, as the author–and the protagonist–can have fewer rules and less oversight to worry about.

While many have long sneered at the quality of the shorter, quicker-paced paperbacks of The Executioner or Phoenix Force, the length of the story and the prestige of the publisher/author have little to do with the realism or quality of the story within.  While the Action Adventure paperbacks had to keep a higher pace (I believe Gold Eagle had pretty stringent word-count limits), and therefore had less space for musing on the background, just what I’ve read of the SOBs series so far has shown a surprising level of insight into the geopolitics of the time they were written.  From the tribal mess of Africa to the repercussions of the Iranian Revolution, to the ethnic and sectarian divisions of Sri Lanka, real-world situations inform the action, and the situations are (at least in some cases) no more outlandish than Tom Clancy having the US mil defeat the People’s Liberation Army soundly in less than 96 hours through the Power Of Technology.

The mainstream Techno-Thrillers can also be pretty bad on the realism front.  One of the Clancy’s Ghost stories ended up tossed across the room when the former SEAL, ostensibly working as a paramilitary operations officer for the CIA, who had already gone into a PTSD fugue (forgetting where he was and what he was doing because he was sad about losing a buddy in action) during a firefight, no less than three times, proceeded to leap through the air, firing a suppressed Glock in each hand, with friendlies downrange.

One thought on “Action Adventure vs Techno-Thriller”