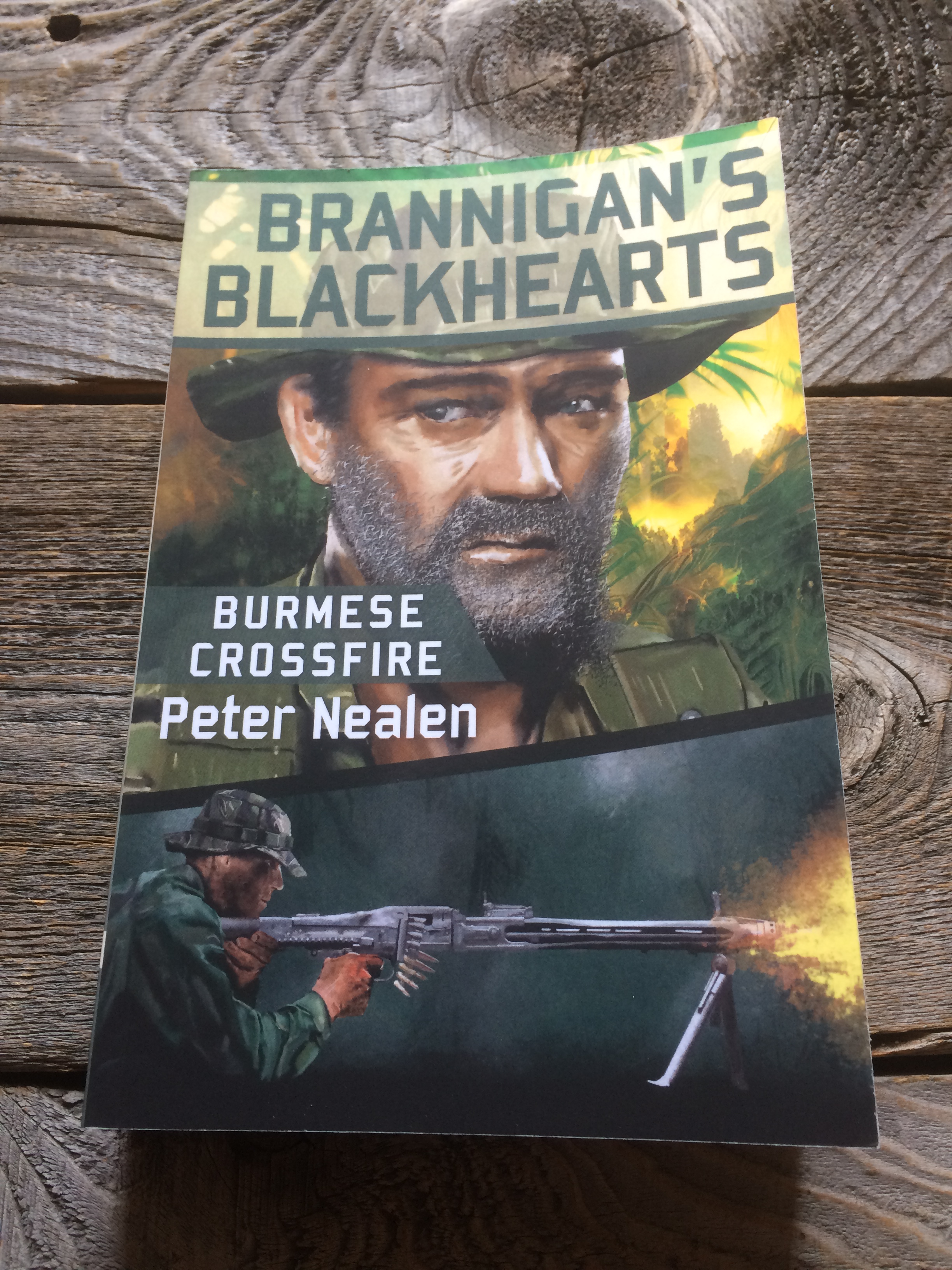 Brannigan’s Blackhearts #2 – Burmese Crossfire is now live!  And it’s still $0.99 for a few more days (going up to $3.99 on the 20th).  I approved the proof for the paperback on Saturday, so it’s available too (though still not linked to the Kindle page for some reason).

A Search And Destroy Mission…Deep In Hostile Territory

The Golden Triangle. One of the biggest heroin-producing regions in the world is also home to squabbling ethnic groups, clashing militarist paramilitaries, and Communist rebels.
Drugs are a means to an end. Drugs sell for money. Money buys guns and ammo. It’s how many of the small armies of the region have stayed afloat for so long. And now, another player is getting their hand in. Intelligence suggests that North Korea’s Bureau 39 is hiring out the Light Infantry Guide Bureau as advisors in return for heroin to sell on the black market.
It’s an unacceptable situation, but northern Burma is a long way from support. And the powers that be don’t want the signature on the ground that a full-scale operation might need. So, they’re turning to a man who can get it done on a shoestring, and have a hope of getting back out.

Brannigan’s Blackhearts are going in.