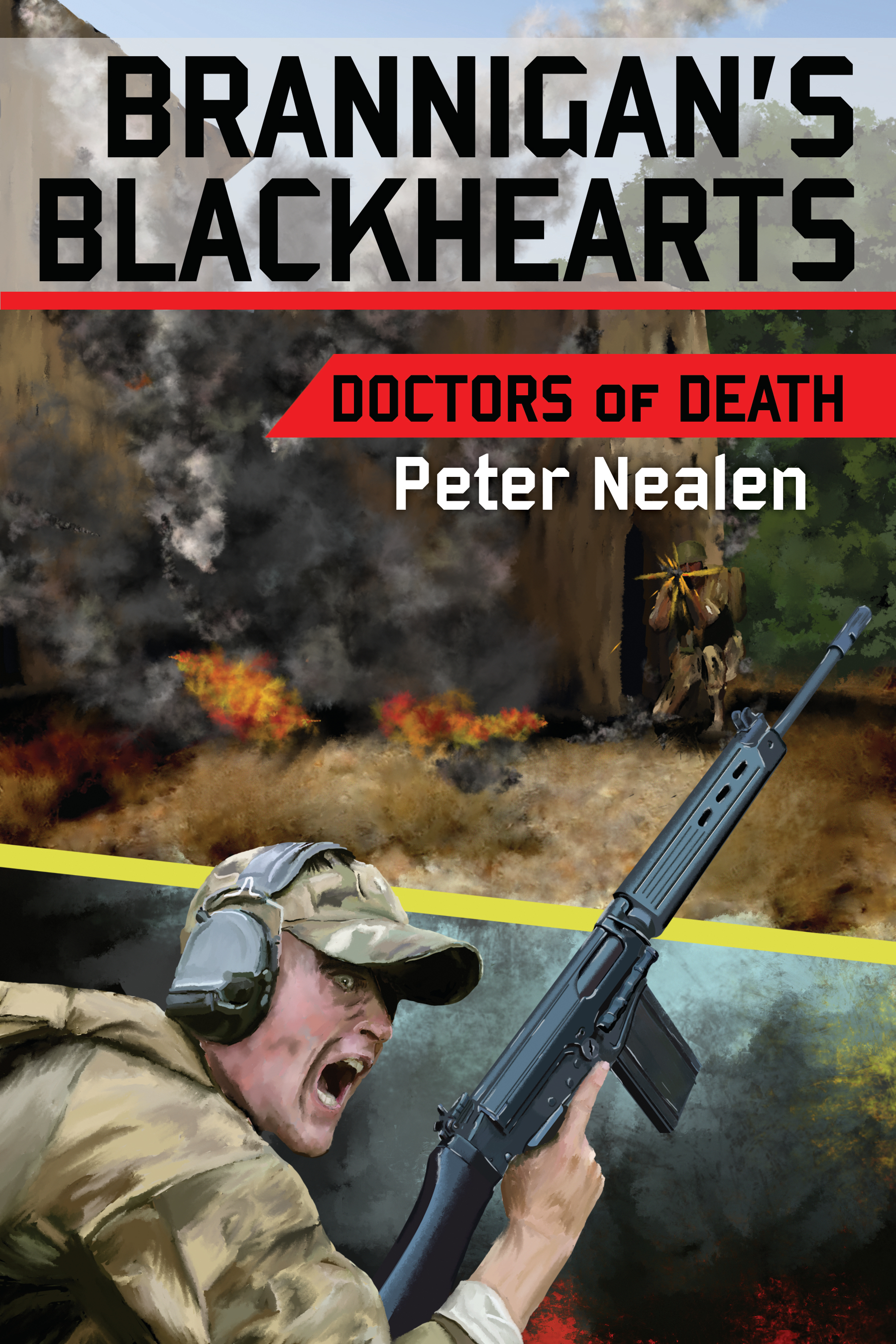 Today is the day.  Doctors of Death is live, on Kindle and paperback (and the two editions are already linked, somewhat to my surprise).

When a WHO doctor goes missing in Chad, her husband is ready to move heaven and earth to find her. But most of his pleas fall on deaf ears. It’s Africa. These things happen. But his pleas eventually reach the shadowy office that arranges jobs for Brannigan’s Blackhearts. They’re headed into Central Africa, on another rescue mission.

But there’s more to this than meets the eye. A private military kingpin named Mitchell Price is sniffing around Chad at the same time. Entire villages are being wiped out by mysterious plagues. And an ominously familiar group of Western shooters has showed up, both in Chad and at home.

As a few people have noticed, Kill Yuan is now officially part of the Brannigan’s Blackhearts universe.  Doctors of Death is also something of a minor climax to the arc started in Enemy Unidentified; some things are coming to a head, and some answers are going to be revealed.  Only to lead to more questions, of course.

Check it out!  I hope you like it, and don’t forget to leave a review.