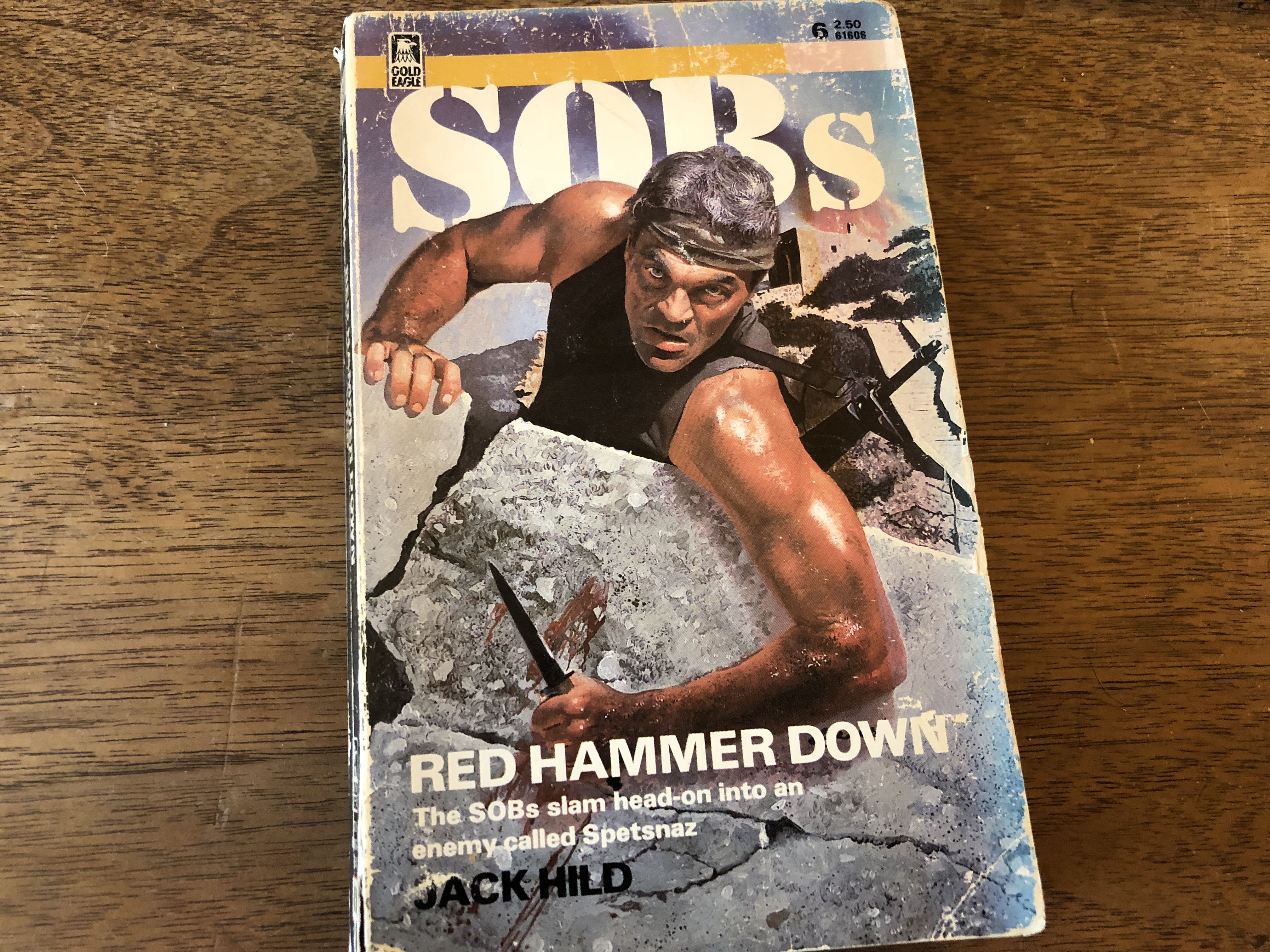 Since there’s a lot of inspiration from the SOBs series behind Brannigan’s Blackhearts, I’ve been slowly working my way through the series, in part as research to see how Gold Eagle ran a long-running action series.  I slowed down a bit, due to missing a few volumes in the middle, but since those gaps have been filled, I’ll be getting back to it.

Red Hammer Down is SOBs #6, following directly on from Gulag War.  In a very real sense, they form a two-parter; Red Hammer Down goes into the backlash from the mission to Siberia in Gulag War.

After being embarrassed by the SOBs rescue op, the GRU is out for blood.  Captain Balandin, who was mutilated during Gulag War, has his own personal revenge to see to in addition to professional vengeance, and is leading the op.  He is driven by a deep-seated, burning hatred, and is clearly willing to sacrifice everyone under his command to see it through.

We start off with attempted hits on several of the SOBs, who, as usual between missions, are off on their own.  The hits fail, but the message is clear.  There’s a target on their backs.  And they are on their own; despite Walker Jessup’s attempts, the senator who has bankrolled most of their missions so far won’t lift a finger.  He’d be just as happy if the Russians wipe the SOBs out.

Understanding that the GRU is after them, the SOBs gather at Casa Hatton, on Majorca, where they’ve done most of their pre-mission training.  From there, it’s largely a guerrilla defensive action, as the SOBs prepare to sell themselves as dearly as possible.  They’re all resigned to dying, but they’re going to take as many Russians with them as possible.

The action is as good as it has been in general for this series, and even though badly outnumbered and outgunned, the SOBs stand stays generally believable.

Things do get weird in this one, though.  It’s hard to say, given what has happened to one character in particular, if the weird stuff he experiences is really happening, or just a sign that his mind has snapped.  We’ll have to see as things go on.  But parts of this book get as strange as a couple of episodes of The Unit.