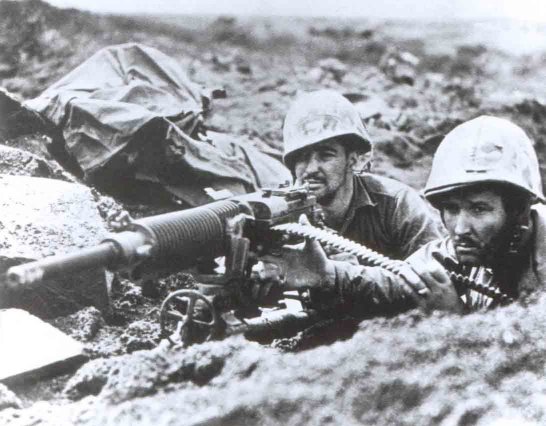 What’s the key?  What makes a combat scene really “authentic?”

There’s an old saying in the Recon community: “Recon ain’t fun.”  It’s pain and agony and suffering, only faced with the grit and perseverance to get through it and survive, to kill the enemy before they kill you.

Over on Tom Kratman’s wall on FB, the subject has come up of a young woman on a panel at Life, The Universe, And Everything 2017.  She claimed at one point that “gamers can write good action scenes, because we’ve experienced that.”  No.  No, you haven’t.

Sitting on a couch or a computer chair playing a game isn’t the same as crawling in a ditch, the grit abrading your skin away under your cammies, the 140-degree sun beating down on you, your gear cutting into your anatomy, while bullets are snapping over your head and smacking into the berm only inches away from you.  It’s not the same as running with a third of your bodyweight on your shoulders to get to cover.  It’s not the same as trying to move with speed and coordination while you’re exhausted and your gear is dragging you down and trying to trip you up.

Life ain’t a video game.  If you want to write a real-life, authentic combat scene, your heroes have to be flesh and blood.  They have to hurt, suffer, and push through the pain to survive.  They aren’t superheroes; I’ve described Jeff Stone falling out of a window he was trying to go through, because that kind of stuff happens.  Bad steps in the dark, going ass over teakettle because that jump across that ditch was just barely longer than you thought, or your rucksack is heavier than your exhausted body was ready for.

One thought on “The Key To Authentic Combat Action Scenes”