It’s been a slow couple of weeks, because that’s how outlining goes.  I’d hoped to speed that process up, but the Cogitation Engine only seems to work so fast, and outlining a book still takes the better part of a week.  A week for less than 5k words (Grumble, growl), but those 5k – are necessary to get the machine running when it comes to hammering out the draft.

In the meantime, however, the aforementioned updates to the American Praetorian series have begun.  Task Force Desperate has been reformatted, bringing the front and back matter (and the rest of the interior formatting) more in line with later stuff.  Applying the lessons of the last six years, you might say (yes, it has been six years since TFD first was published).

There’s also a new cover.  Over the five years of the series, the style was developed to a sharp point, and so we’re going back and touching up the first couple to match.  Feast your eyes: 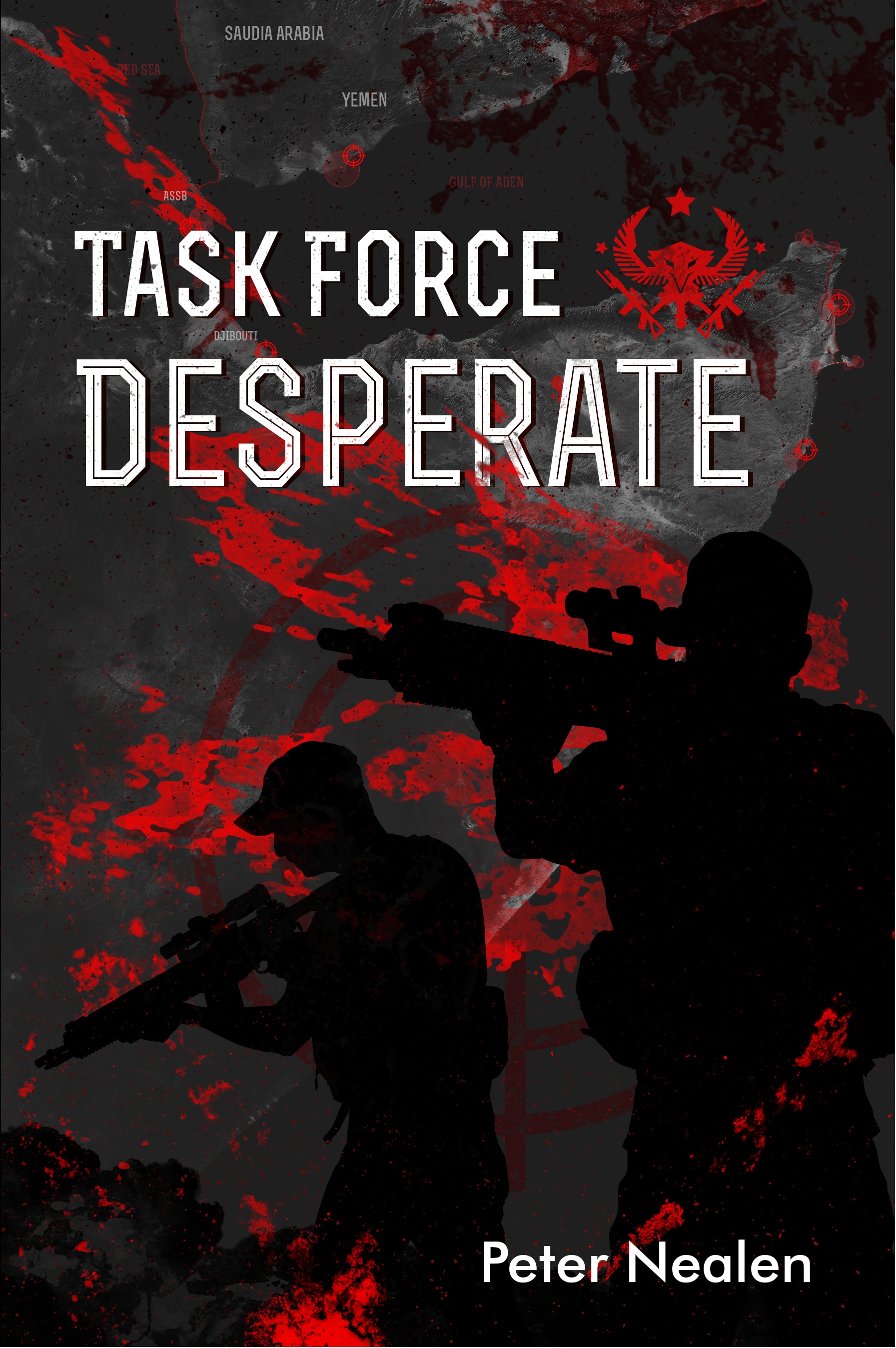 Hunting in the Shadows will be getting a similar update soon; I’ve just got to figure out what reference photos to send Derrick for him to work the silhouettes.  Currently, the Kindle edition has been updated, and I’m working on the paperback; it’s requiring a whole new edition to bring it into line with the rest (some fundamental changes had to be made that couldn’t be done without unpublishing the original and starting over).